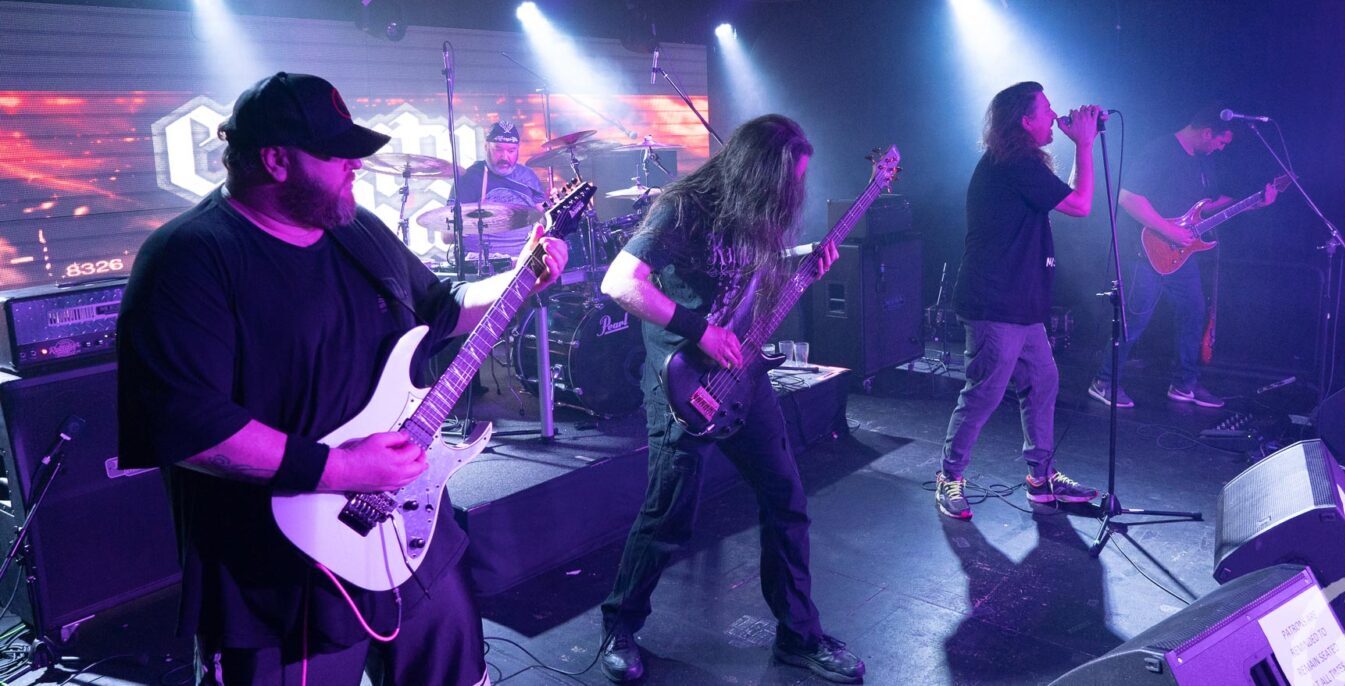 Clarity of Chaos formed out of the ashes of a few well known Canberra bands, mainly System Addict (Jamie), Soulcrusher (Daz) and Reign of Terror (kris) in 2018. After picking up a couple of guitar players and and working really hard on a thrash inspired heavy groove laden band, Clarity of Chaos hit the stage and recorded their debut album in a remarkably short period of time.

As with many bands a line up change or two is inevitable and bass player Kris left the band to form his own band (Snakewitch) and was replaced by Liam. More shows followed and band picked up a great following.

The reception to the first album has been great so far, and led the band to pick up many great shows. Some of which they’ve headlined and others of which they’ve played support to some of Australia’s greatest heavy rock / metal bands on the scene today.

Clarity of Chaos produce quality thrash / heavy metal inspired by the likes of Testament, Slayer and Metallica but with a newer, more modern sense of direction with more melodic vocals.

Now that we’ve come out of lockdown, keep an ear out for the lads appearing soon!